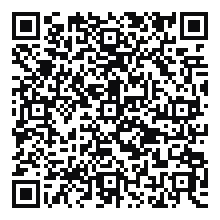 A Comprehensive Insights of the Multiple Dose Regimen

A multiple dose regimen is a concept that is used for certain diseases as arthritis, heart diseases etc. It is used to increase the therapeutic activity and clinical efficacy of the drugs. Drugs are usually used in single doses to produce acute effect but in cases where chronic affect is required multiple dosage regimen is required. Designing the dosage regimen and maintaining the drug concentration in blood plasma after administration are the primary goals to achieve safety and efficacy. That is to maintain drug concentration in therapeutic window. Moreover, the IV infusion and continuous IV diffusion is reviewed.

With the advancement in science and technology new procedures are being introduced to improve the living standards. Amini, M. Reis, M. Wide-Swensson, D. A. (2020)

Dosing frequency and required dose are determined by the pathway a drug takes when administered. To obtain the optimal effect of the therapy the multiple dosage regimen is used. Multiple dosage regimen can be defined as the administration of the drug substance in appropriate doses and at appropriate time intervals in required dose to maintain the concentration of drug in plasma throughout the entire therapy period drug remains in the therapeutic window. Pharmacokinetic parameters of a drug remains constant during the entire course of the therapy after the proper dosage regimen is established. One compartment model calculation is also applicable to the two compartment models.

It can be also defined as;

Quantitative dosage that estimates the quantity of the drug substance required to produce a biological response after administration is called dose size.

Repeated administration regimen is the most widely used approach to the expenditure of the therapy of drug.

Chronic diseases are treated usually by the multiple doses of drugs for example hypertension and arthritis. Upon the administration of the single dose of drug the drug plasma level quickly increases and reaches the MEC and then in the therapeutic window and after some time it falls below the MEC causing the reduction in the effect. Fan J, de Lannoy I., A. (2014 Jan 1)

If the drug is continuously administered at the fixed dose in regular intervals then the amount of drug in the body will start to rise until it will reach the steady state which means that constant plasma level and then peak concentration can be obtained by the preliminary dose.

Optimum dosage regimen criteria depend upon these

·          Drug concentration must be within narrow limits in the therapeutic index

Design of the drug dosage regimen is dependent upon these

Superposition principle applies to the linear pharmacokinetic parameters, which means when the ADME is linear.

These are the two major basic assumptions for superposition principle

Without the elimination of the already given dose, next administration of drug will contribute to the accumulation of drug in body by increasing the residual amount of drug that is already present in the body. Ambrose P. G., et al. (2007)

Smaller the interval of dosage administration as compared to the elimination interval then the amount of the drug that is residual will also be more upon the ingestion of the next dose as a result the drug can remain in body more extensively. Plateau state is ultimately achieved because the drug substance cannot accumulate over an indefinite period of time as a specific frequency of drug administration. The reason for this is that the elimination of a drug is actually dependent upon the concentration of the drug.

Higher the concentration of the drug more the elimination of drug from the body. If the two doses are missed, then the plateau concentration will fall below the therapeutic window as a result again a longer interval is required to regain that desired level of drug concentration in the plasma.

If the dose is divided in the several small doses, then the average plasma concentration of the drug shows small variation.

Intravenous therapy (IV) is a therapy that delivers fluids exactly into a vein. The intravenous route of administration can be used both for injections, using a syringe at higher pressures; as well as for infusions, typically using only the pressure supplied by gravity. Intravenous infusions are commonly pertained to as drips.

These are some of important purposes of IV infusion

·          This strategy of liquid substitution is utilized most frequently

These are the advantages of IV infusion

·          Continuous or irregular organization of nutrients

·          Easy to screen conveyance of liquids, electrolytes, and supplements (for those with disabled GI tracts.)

The one-compartment open model is the best method to portray the method of drug distribution and elimination within the body. This model assumes that the drug can enter or leave the body (i.e., the model is “open”), and the complete body acts like a single, uniform compartment.

The plasma drug concentration–time curve of a drug given by consistent IV mixture is shown in Figure (graph).

Upon infusing the drug via intravenous route at a constant rate will result in the first order kinetics in a frequent way to be attained. When the infusion is started then the amount of drug in the body is zero because no elimination is there. The addition of the drug concentration inside the body at the point when it is rising is increased but the elimination rate also. Therefore, the rate of elimination will continue to increase until it reaches the infusion rate. Drug concentration inside the blood will then remain constant and is said to be at the plateau state or the steady state concentration.

Steady state plasma concentration is affected by the following factors

·          Infusion rate which is directly proportional to the plateau state therefore increasing the rate in of the drug will increase the plasma concentration of drug at steady state.

·          Plateau state is inversely proportional to the clearance rate of the drug.

The time to reach the plateau is determined by the elimination half-life of the drug, which results from clearance and volume of distribution. Thus, the Vd does not influence the steady state concentration but merely the time required to approach the plateau.

When stopping an IV infusion, the decline in plasma drug concentration follows an exponential curve, as after an iv-bolus injection of the drug.

The infusion at a constant rate is utilized to guarantee a consistent introduction of the drug in the body over a large period of time.Giancotti, L. Talarico, V. Mazza, G., A. Marrazzo, S, Gangemi, P. Miniero, R. Bertini, M. (2019). To attain a therapeutic range concentration of the drug in the body a constant infusion rate of drug should be maintained.

Intravenous infusions oughtto be ceased or infusion liquid replenished when the solution being administered is depleted.

Loading dose is defined as the minimum effective dose which is given originally at a time to obtain the steady state plasma drug concentrations as early as possible.

These are some of the important features of loading dose

·          The main importance of loading dose is average plasma concentration at steady state as quickly as possible.

We can calculate the loading dose by the followings

These are the variables that are used to calculate the loading dose:

Where Cp is desired peak concentration of drug

Vd is volume of distribution of drug in body

S is fraction of drug salt form which is active drug

We can give IV infusion of various fluids and drugs using a specific infusion rate and modifying the dosage regimen instead of giving a bolus at a time. This will avoid the interruption

These are some of the IV diffusion devices discussed

In an IV (intravenous) treatment, the drip rate is interpreted as the rate of application of a liquid drug required to deliver a certain dosage per minute.

An IV Infusion establish is used to allocate fluids and medications directly into the blood stream. Infusion or flow rates are modified to the desired drops per minute by a clamp on the tubing.

Note:   Drops are always rounded to the nearest whole number.

After a single quick IV injection, the maximum quantity of drug in the body is equal to the drug dose.

If τ is identical to the dosage interval, it is possible to determine the amount of drug that remains in the body after several hours.

Elimination constant and dosing interval determines the amount of the drug remaining in the body. as follows:

If the dose of 100 mg is given after each half-life then the dosing interval will be equal to half life.

After the first half-life of drug it will be 50mg.

After the second half-life of drug it will be 150mg.

After the third half-life of drug it will be 75mg.

After the fourth half-life of drug it will be 175mg.

This will continue until an equilibrium will be attained

Therefore the subsequent administration of the drug increases the body load and there is an absolute quantity of drug substance that is eliminated per unit time that’s what is responsible for the first order kinetics means that drug going into the body is equal to the drug going out of the body.

If the value of f is known, a table can be constructed associating the fraction of the dose in the body before and after rapid IV injection.

Table 2: Fraction of the dose in the body before and after Intravenous administration

When the interval of therapy is minor than the therapeutic activity of drug simple dose are provided in this manner. (Bastone, E. B., Li, S. C., Ioannides-Demos, L. L., Spicer, W. J., McLean, A. J. 1993) These are used in cases where therapeutic activity is required within no time or within seconds.

This review illustrates the importance of multiple dosage regimen that is used in treatment of chronic diseases as heart diseases and arthritis etc. Maintenance dosage regimen helps to improve clinical efficacy and therapeutic activity of the drugs decreasing the side effects and adverse drug reactions.

Global Drug Design and Development Review (GDDDR) was introduced by Humanity Only (HO) through the research project sponsored and guided by Humanity Research Council (HRC) — a sub-body of Humanity Development Society (HDS). GDDDR intends to promote qualitative and quantitative researches and findings with the help of newly emerging tools and patterns utilized in experiments, observations, interviews, analysis and surveys by encircling all major segments of Pharmaceutical Studies and its academic and research disciplines. GDDDR is a double-blind peer-reviewed research journal which encompasses major disciplines of Pharmaceutical Studies.